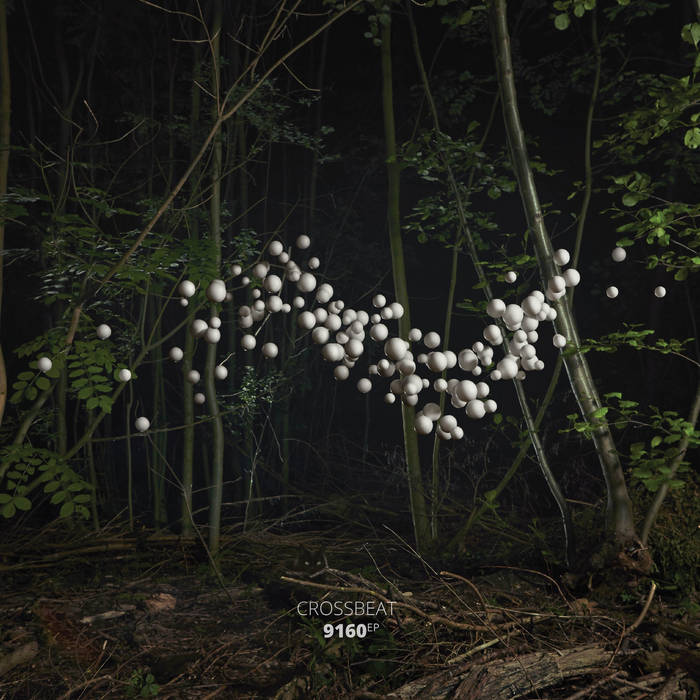 Crossbeat’s long-awaited 9160 EP offers a breath of fresh air and
emphasises their eclectic approach. The promising band is building up quite a solid reputation, not only in the studio, but also on stage.

Crossbeat is a three-piece band from Ghent consisting of knob-twister Dries Merre, guitar player Frederik Van Melle and vocalist Sherien Holail. The band members have been spending lots of time in their studio near the Gent-Sint-Pieters railway station, perfecting their sound. While thousands of people were hopping on trains, the band members went for another trip. With a backpack full of unorthodox percussion sounds they commenced their journey, in search of the perfect vocals and synth lines.

Today, the band members have reached their musical destination. While they were busy spreading the gospel live on stage (e.g. Boomtown Festival in Ghent), we thought the time was right for an official release.The ‘9160’ EP consists of sounds that might remind you of the works of grand masters such as Bonobo, Four Tet and Massive Attack. However, the band’s fresh perspective makes it hard to put them in a certain box. The combination of analogue and digital tones results in a unique sound, a sound that becomes the backbone of the whole EP. Title track ‘9160’ offers synth sounds that might remind you of house music, while the song ‘Whispering’ is all about the down-tempo percussion sounds.

‘Uprising’, the first song on the EP, focuses on Dries and Sherien’s vocals,
complemented by guitar chords that almost sound synthetic. ‘The Opening’, ironically enough the last song on the EP, builds up impressively, leading towards a climactic end.With ‘9160’, Crossbeat succeeds to lift the listener’s spirits to various heights, without losing its uniqueness.

The vinyl release consists of four original songs, the digital release includes two remixes. Gullfisk, founder of Voxed Recordings, edited the title track, without touching the vocals. While the vocals remain immaculate, the percussion and synthesizers receive a sublime makeover. The remix by Bismarck, one half of Sue Avenue, succeeds to distinguish itself by using chopped up vocals. At the same time, the house vibes from the original song receive a boost.

Bandcamp Daily  your guide to the world of Bandcamp